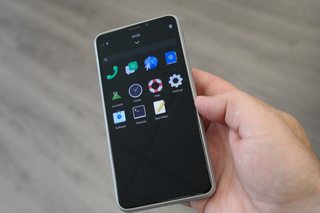 The waiting is over. The Purism Librem 5 has been released today. You can check their Twitter feed about the relase of the phone.

I must confes I’m one of the so many people that thinks the price is a bit high and the first version of the phone is kind of old looking. In a world where everyday a mobile phone is thiner…

But… This is not about that. I’m really amazed by the fact that they were able to push the project to and end and produce a version for people of the phone. I’ll be the same where the PinePhone and the PineTab are available to the general public, don’t get me wrong.

But I’ve seen comments today that makes me a bit sad, and those comments are mostly “oh, it’s a bit slow, but I hope they get there”, or about the size, or whatever, that kind of comments.

Do you remember how shitty the first commercial version of Android was? I know, time changes, we have better hardware now, but still. If you put the PureOS inside a Raspberry Pi I’m sure the feeling will be the same: a bit choppy. Also, the Librem team surely aren’t bigger like the one who released the first version of Android. We should remember that, for that time, Android was bought by Google.

I’m really happy that we have a phone out there that focuses in the user privacy first, and that is almost Open Source (the author of GrapheneOS, Daniel Micay, pointed out about the ARM SoC propietary hardware/software).

So, people, be a bit fair, please, they deserve that.

Images of the Librem taken from the release tweet.